I fell into conversation with brother-in-law Andrew, just as this festival was coming to an end. We'd had a 'moment'. You know, when all of the factors come together to make a perfect festival performance.

The band? Stornoway. The venue? The tiny 'other voices' stage, with a few hundred inside a pulsatingly hot room, with loads outside trying to get in. All the boxes were ticked: the music, the venue, the banter, the intimacy - and - the crowd. That crowd were lovely.

But...we discussed whether the whole festival was a bit, well...too lovely. How can that be? Well, on the Saturday night, a young man brushed past me on a bridge crossing the lake, and then came back to fully apologise in the most grovelling way. The teens camping near us confirmed that they preferred the Latitude vibe (man) to say Reading or the V Festival. It was fantastic.

But, we're veterans of those other festivals. From 2005-2012, our group went to the V. We went because the bands were good and some of us hadn't yet entered our sixth decade alive. We've since retired from the V...But, in 2013 and 2014, various members of our group had to chaperone teens at Reading.

Those festivals have an edge. A few years ago, during MGMT, a cardboard pint of urine struck me on the neck and drenched two nearby-standers. So, to put it bluntly, we've been pissed-whipped and exposed to a feral end-of-the-world young people's hades. After that, seeing a good performance was all-the-more deserved and earned.

At Latitude, perhaps the way to look at it is to say that the reason our group loved Ezra Furman, the Vaccines, the Charlatans, and many other bands, is because we've done our time in hell. We bloody deserved this.

And, if it's any consolation, we got told off for building a fire far too high. Naturally, the security guards were apologetic in asking us to put it out. So, we were the worst behaved at the whole Latitude festival. Practically feral.

Below is my list of bands I saw in order of how much I enjoyed them.

But forget what I said when I started this blog. Latitude was amazing. I'll take nice, polite people any day. Just like Stornoway. A fantastic memory.

Posted by Steve Palmer at 05:53 No comments: 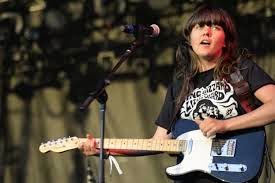 "Give us an anecdote", this guy next to me shouted as Courtney Barnett addressed the audience after her second song. Painfully shy, it seemed that her clever lyrics were in direct disproportion to what she had to say to the crowd. But then a strange thing happened.

She visibly relaxed and started talking bollocks. Just anything that came into her head, and somehow it worked. And, somehow, it also improved the music. Courtney Barnett and her band became progressively intimate with the audience, at one point saying they loved us and at other times telling us to bugger off.

And when she gets going and gets the confidence up, she's fantastic. So, to the lyrics. They remind me of early Elvis Costello, who sang: "The chairman of this boredom is a compliment collector. I'd like to be his funeral director." (Opportunity, 1979). Courtney: "I'm having an existential time crisis. Want bliss, daylight savings won't fix this mess. Under-worked and over-sexed, I must express my disinterest." (Pedestrian at Best, 2015)

Very clever. And all supplemented with a great show....after about four songs. It was all uphill from there; and not an uphill struggle. At times, she was practically shouting and as the evening went on, this mingled with the bollocks chat to make it really special.

Which is a shame, because the next time she comes over from Australia, she'll play a much bigger venue than this. The only advice I'd give Courtney, when she does start filling stadia, is to remember what made her so good tonight; that is, to bash out the songs, ignore the anecdotes and to keep talking bollocks.
Posted by Steve Palmer at 15:12 No comments: 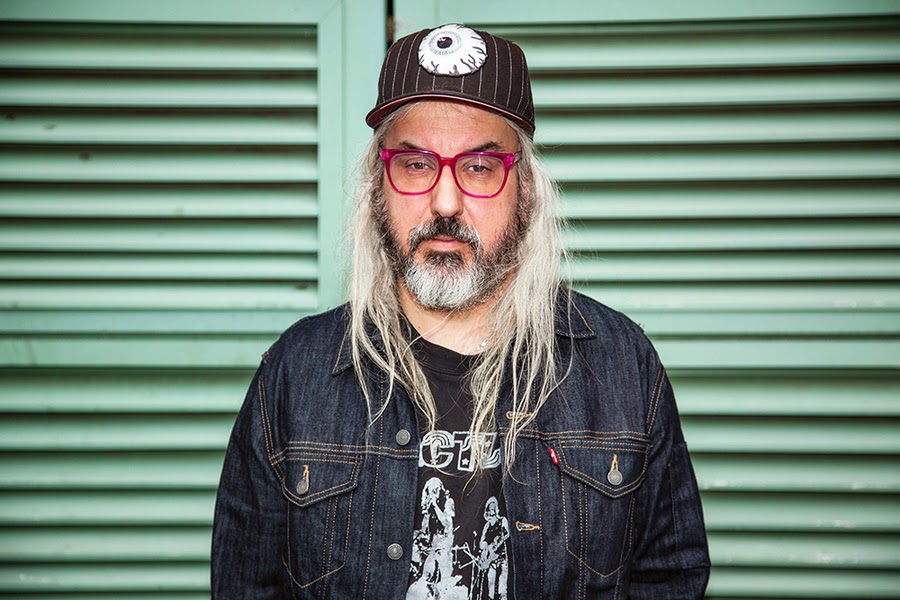 My fingertips are trying to creak themselves back towards my knuckles, as instinctively I don’t want to write what I’m about to type. Last night I saw someone with zero personality, no stage presence and nothing to say to the audience between songs; no one apart from the front row could see him properly as he sat down to do his acousticy set.

And I loved every minute.

I’ve always lived by the mantra that there are only two bands that don’t need to talk to the audience and interact. One is the Rolling Stones. The other is the Stone Roses. Both are as cool as a stone. Everyone else must, you know, get involved. Whip em up into a storm. You see too many bands who look like rabbits in the headlights between songs as if it’s a massive shock that they now have to talk to the audience.

But J Mascis doesn’t embrace any of that. Like a curmudgeonly friend who deigns to grace you with his presence on curry night, he mumbled his way through the talky bits and practically stormed off – and on again for the encore. He’s not a people-person.

I’d been warned. Earlier in the day he was on Lauren Laverne’s Six Music show and Lauren had done sterling work trying to get something out of the mono-syllabic Mascis. She did well, keeping Six Music from becoming ‘Dead Air Live’. It was embarrassing.

But all my prejudices were thrown asunder and now my fingertips are starting to relax because boy can he play guitar. My gig-buddy Steve wondered whether he overdid the fuzzbox on tracks such as Heal the Star, but I loved the distorted sound he put into it. It was loud and raw and not actually that acousticy.

J played for about 75 minutes, which would have taken much concentration given it was totally solo. Nice for the sound tech guys who didn't even have to say: "One/two"; more like "One" - it was easy to set up but complicated to perform.

A guitar virtuoso session. After the gig, three women excitedly exclaimed that there wasn't a queue for the loo. That's because this gig was an unashamably male, stroke chin (probably with ironic beard affixed) event.

Bloody brilliant. I'll never look down my nose at a non-chatty artist again. Promise (Fingertips; behave yourselves now)
Posted by Steve Palmer at 03:45 No comments: 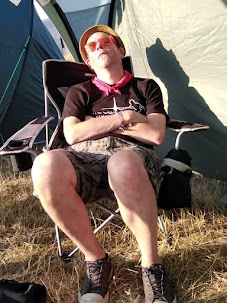